Welcome, one and all, to the second part my start-to-finish run through of The X-Files! Having covered Season One last month, the next logical step is, of course …

While the first season is arguably the most iconic, season two is very important in the overall scheme of things. For one, it introduces a long-time fan favourite character in Alex Krycek. Portrayed by Nicholas Lea (who actually had a cameo as a different character in the season one episode ‘Gender Bender’), Krycek is integral to many things moving forward. Starting out as Fox Mulder’s new partner – he and Scully have been separated by the powers that be – he is soon revealed to be a double agent working for Cigarette Smoking Man. While never a regular, Krycek does pop up again multiple times in every season up to and including season nine.

On top of the expected monster of the week episodes, season two also features several good mythology episodes to further the government conspiracy angle, as well as the important storyline of Scully being abducted by aliens. Yup, Scully was actually abducted. As an interesting titbit, this was brought about by necessity. Gillian Anderson was pregnant when the season began filming, and it became a requirement to write her out for a few episodes. Prior to that, the originally floated idea of having Scully give birth to an alien child was quietly dropped in favour of using some filming tricks (think camera angles, trench coats and having Scully sit rather than stand).

When it comes to actual figures, the season showed some marked improvements in viewership, with the season premiere scoring an unexpected 10.3 in the Nielsen household scale, and the season as a whole leaping up the viewership charts.

But, did that increase in popularity also mean an increase in quality? Well, the review ratings would certainly have you believe so! Personally, I think that it all comes down to perspective. The quality of the actual ideas are, to me at least, pretty consistent with season one. What sets it apart is that the team behind the series obviously paid attention to what did and didn’t work in season one. As such, the general execution is better. The writing feels tighter for the most part, the series looks a little nicer, and while it doesn’t feature an iconic monster like Tooms, it does serve up plenty of memorable moments. Yes, some of the effects are still cheesy, but that remains part of the charm. Yes, season two stands up just as well as season one, and in some places actually tops it. At this point, the future was looking very bright indeed for Mulder and Scully!

Episode wise, we had a slight increase. That means that we were treated to 25 in total. That being the case, I’m sticking with a top ten. Much like last time though, this is really hard …

10) The Host (Episode 2) – ‘When a man’s decomposed body is found in the sewers of Newark, Mulder is given the supposed “grunt” work. But after Scully’s autopsy turns up a parasite living inside the body and a sewer worker is attacked and bitten by something, it opens up a whole new can of worms.’

OK, so the giant parasite is kinda hokey looking. It really doesn’t matter though as what we get here is a glimpse into the frustration that Mulder is feeling about being derailed in his quest for the truth. There’s also the hint that Skinner is on his side when he gives him the case. This was a fun episode, plain and simple.

09) Aubrey (episode 12) – ‘When a detective mysteriously uncovers the remains of an FBI agent who disappeared in the 1940s while investigating a murder case eerily similar to a modern-day one she is investigating, Mulder and Scully believe that the original 1940s killer passed his genetic trait of violence to his grandchild.’

This was a slightly less paranormal case for the agents, and pretty much sees them carrying out regular detective work to a degree. The story was intriguing and very well executed.

08) 3 (Episode 7) – ‘Walter Skinner reopens the X-Files, but Mulder is finding it difficult to work without the missing Scully. When he recognizes a Los Angeles killing as the work of the Trinity murderers, a trio of killers with a fetish for drinking blood, it gives him work in which to immerse himself.’

We got werewolves in season two, and vampires in season two. What I loved about this was that Mulder was reluctant to accept that there was anything out of the ordinary to the case, at least initially. This was, in his mind, all to do with delusional tendencies. In all, a very enjoyable take on an old mythos.

07) Anasazi (Episode 25) – ‘The trust that Mulder and Scully have is sorely tested when Mulder begins acting strangely. His aberrant behaviour is compounded when the Lone Gunmen direct him to a hacker who managed to break into some very closely guarded files. The files are encrypted in Navajo and need to be decoded by a former Navajo code talker.’

The X-Files once again served up a memorable season finale. Just as with season one, the episode pushed the main story forward, added some new layers, and left the audience in a place where they’d want more.

06) Die Hand Die Verletz (Episode 14) – ‘New Hampshire teenagers feign an occult ritual in an attempt to “score” and inadvertently cause the murder and mutilation of one of their group. When Mulder and Scully are called to look into the matter, the town’s real worshippers attempt to hide their tracks, though it seems there is a mysterious force at work that even the worshippers are afraid of.’

Dan Butler, best known as Bulldog in Frasier, does an excellent job in his role here. This actually remains one of my favourite episodes when it comes to religious themed stuff. It’s a simple story some really good performances.

05) Humbug (Episode 20) – ‘Mulder and Scully must find the paranormal among the abnormal when they are sent to investigate a long-standing series of ritualistic killings which match no known patterns. The latest of which was the death of the “Alligator Man”, just one of many sideshow acts around which the town of Gibsonton, Florida, is built.’

The famous sideshow themed episode is an absolute hoot, and features some bona fide sideshow performers in the form of Jim Rose and The Enigma. I genuinely laughed out loud at the back and forth between Mulder and the sideshow manager Mr Nutt. Great twist ending, and a truly fun storyline.

04) & 03) & 02) Duane Barry (Episode 5) – ‘An ex-FBI agent escapes from a mental hospital and holds several people hostage in a travel agency. Mulder and Krycek are sent in to help with the negotiations since the man claims to have been a UFO abductee.’ & Ascension (Episode 6) – ‘Continuing from the previous episode, Mulder races to Scully’s house after listening to the recording of her attack on his answering machine. Duane Barry has kidnapped Scully, determined to offer her to the aliens in his place. Mulder goes to great lengths to attempt to locate Scully.’ & One Breath (Episode 8) – ‘When Scully mysteriously re-appears comatose in a hospital, Mulder fixates himself on finding the people responsible, though his quest for vengeance could make him exactly like those he despises.’

Though divided up, these three episodes are among the most fondly remembered of the franchise. Duane Barry is easily the standout of the three to me, but all of them are important. The resolution of Krycek’s role, the loss and return of Scully, Mulder’s reaction to the whole thing … it all adds up to a wonderful piece of storytelling.

01) Sleepless (Episode 4) – ‘An audio cassette hidden in his morning paper brings Mulder to request the case of a scientist’s death consistent with burning, despite the lack of any evidence of any flames or burns. He is given his request along with a new partner, Agent Alex Krycek.’

When I think of season two, this is the one that springs to mind first for me. The actual case is an interesting one, Krycek is introduced (and revealed as a mole), and groundwork is laid for the things to come. Great stuff.

So, what about yourselves? How did you find season two?

If The X-Files Season Two sounds like it might be something you’d enjoy, then why not click on the affiliate link below? You can grab the DVD or Blu-Ray, and I’ll get a small commission.

12 thoughts on “The X-Files (Season 2): Thoughts and top ten episodes” 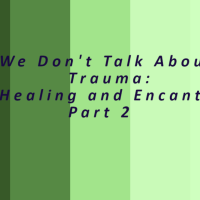 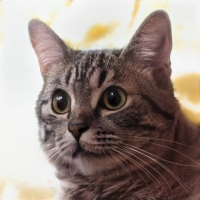 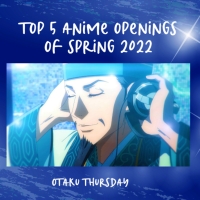 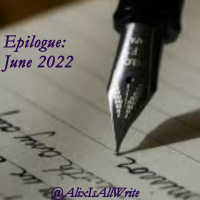