Welcome, one and all, to my latest video game review. If you’ve been following my Twitter, you could probably guess what game was coming … yes, that’s right, it’s Sonic Mania! So, this is the first game that I’ve pre-ordered and played on release day in years. From the moment that the first gameplay videos started popping up, I was beyond excited. That meant two things though. The first being that I risked getting myself so hyped up that the game was doomed to disappoint. The second was that I needed to restrain myself from writing the review for a few days because I knew full well that I’d be running on nostalgia the first time I played it.

With all that out of the way though, I’ll begin with a bit of history. Sonic Mania is direct follow-on from Sonic 3 & Knuckles. As such, you can expect the playable characters to come in the shape of Sonic, Tails and Knuckles. The game is an old style, sprite-based, side-scrolling platformer, and was initially developed by a combination of long-time Sonic producer Takashi Izuka and Christian Whitehead (who has worked on several Sonic fan games, ROM hacks, and mobile ports). Level designer Jared Kasl, artist Tom Fry, and composer Tee Lopes of PagodaWest Games, who had previously worked on an unofficial Sonic 2 HD remaster joined the team, along with Sega producer Lola Shiraishi, and Tyson Hesse from Sonic’s Archie Comics Team was brought on to do the animated opening and ending sequences. While I bought the game on the XboxOne, it is also available on the PS4, Switch and Windows.

In terms of story, this is not a sprawling adventure like Sonic’s recent 3D outings. No, this is far simpler than that:

Sonic and Tails receive a powerful energy reading from Angel Island and board Tails’s plane, the Tornado, to investigate. However, Doctor Eggman has sent a group of robots to reach the signal first. Sonic and Tails arrive just as the robots excavate the source of the signal, a mysterious gemstone, and use its powers to become the Hard-Boiled Heavies. The robots send Sonic and Tails back in time, along with Knuckles, who was relaxing nearby. Sonic, Tails, and Knuckles travel through places from their past to prevent Eggman from using the gemstone’s power for evil, clashing with him and the Heavies along the way.

See? There’s nothing too heavy there, and given that the game is essentially designed to be a love letter to the classic Sonic era, that’s exactly how it should be. Don’t get me wrong, I actually really like the extended universe that the later games brought in, but this doesn’t need to be anything too big. That being said, you may notice that the premise of travelling to places from the past was already done in Sonic Generations. Is it lazy to reuse that gimmick? I can certainly understand that line of thought, though I don’t personally subscribe to it. To me, this is a tribute to the games that made Sega’s iconic hedgehog hero so popular to begin with. If that means revisiting levels from Sonic 1, 2, 3, CD and Knuckles, then I’m fine with that.

Don’t think that this is a simple re-treading though. A lot of work has been put into the reworked levels to ensure that they still have plenty to offer for those that have played the original games through multiple times. Graphical tidy-up and shield placement aside, you’ll see that Act 1 of each zone is broadly similar to the older versions, though plenty of new routes have been added to account for the characters skills. Meanwhile, Act 2 of each zone is all new, leaving you without the safety net of well-worn routes. Not all the zones are reworkings either; of the twelve, four are brand new. On top of that, though the bonus stage is a redone Blue Spheres game from Sonic 3, the special zones where you collec the Chaos Emeralds are also new, and see you chasing down a UFO.

The question though is how good or bad the level designs are as a whole, right? Are they just nice to look at, or do they play well? Well, for the most part, they’re really quite remarkable. If nothing else, they provide a good balance for fans that like the super speedy sections, and fans that like the slower, methodical layouts. You see, even when you’re having to deal with some puzzles and exploring, there are plenty of chances to pick up speed and go careening through loops and jumps. In fact, unless you’re planning on going exploring for the giant special zone entry rings, you can pretty much keep your speed up for most of the game. If you do want to explore though, the levels are far bigger than I remember any previous classic Sonic games being. There are plenty of gimmicky little bits too. Honestly, I got such a kick out of turning Tails into an ice-cube and letting him slide through obstacles. And don’t forget the shrink rays, or the rather marvellous catapults that send you into background parts of levels!

You may have noted that I did say for the most part there. Yes, that means that game isn’t perfect in terms of levels. In my time playing thus far, there are two little niggles that I’ve found, and the first of these is in the level design. You see, I stumbled upon a little section in one zone where, during a time attack, Sonic managed to get stuck in a section that he shouldn’t have been able to. A minor glitch, sure, but it was frustrating having to restart the run to clear it. I would guess that it’s not the only little thing to make it in like that, though I suspect that you’d have to have some pretty bad luck to hit them all, especially when moving at speed.

The other niggle relates to enemies, or to be more specific, bosses. As the game goes on, you get to meet a wonderful little array of enemies, ranging from classics to new robot tormentors. Then, at the end of each Act, you get a boss. The bosses look great, and they offer a fair amount of challenge, especially if you’ve used up a lot of time during the actual Act, and are running close to timing out. It’s in the challenge that I found the problem though. In general terms, I’m really happy to see the game proving a little challenging. The problem is that, in some cases, I couldn’t honestly see any indication as to what tactic you could employ to land a hit on the boss. That’s right, no clear weak points. It’s not insurmountable, and some experimentation (and a lot of ring losses) gave rise to suitable attack patterns to run with, but it does mean that the learning curve may be frustratingly steep for some. All I can say is, I’m thankful that the controls are responsive!

So, we’ve covered the great levels designs (old and new), the difficult bosses … what else, is there? Music? Yup, the music is what you’d expect. It’s old style Sonic remixed and brushed up for the modern release and iconic themes like the Flying Battery Zone are still just as catchy now as they were the first time around. And what of Sonic and co, how do they look in their return to sprite-hood? As it turns out, pretty awesome. They move smoother than they did in the Mega Drive days, and there are some subtle new touches thrown in, which gives a lovely new shine to the old school feel of things.

OK, I think that’s enough inane gushing. There are two important questions to ask here: 1) Does the game offer anything to those who aren’t able to ride the nostalgia of Sonic’s past glories, and 2) given the rehashed content, is it worth the price?

To a degree, both of these questions are linked. The game feels like Sonic 3 & Knuckles, both in level design and how it handles. In that regard, it really lives up to the tag line of being ‘by the mania, for the mania’. If you never much cared for Sonic in the first place though, then a lot of whether you enjoy it will come down to why you didn’t like the original games. If it was the narrative, this won’t do anything to convert you to the blue blur’s cause. If it was the jumping between speedy levels and slowed down mazes, you may have more luck. Like I said, you do need to slow at times and decide where to go, but most of this can be played at high speed. If those sections appealed to you before, it may be worth giving Mania a look-in.

As to the rehashing, well … again, that depends on the person. If you weren’t familiar with the old games or only gave them a cursory glance, everything will feel new to you (in a retro sort of way, of course). Whether that will diminish your enjoyment or not will come down to whether you like 2D platformers, and more specifically, how you like them to play out. This is not Super Mario Brothers 3, after all! Nostalgia aside, if you thought that Sonic Generations was a waste with its revisiting old zones, you’ll likely find the same here. It’s not like there isn’t anything new at all, there are plenty of new mechanics and paths to explore, but if you’re the sort of player that wants all the throwbacks to be a little more subtle than reworking old zones, then you’ll miss out on that part of the enjoyment.

From a personal standpoint. I view Sonic mania in a similar way to the aforementioned Generations: it’s an anniversary game, built to bring us back the glory days. Yes, nostalgia is a major part of that, and the game is set up to get its claws into that and cling on. Even without that though, the overall quality of the game can’t be denied. There’s a charm to the retro stylings, and everything is big enough to warrant multiple paly throughs. On top of that, the return of some old staples on the rear-end of classic Sonic (Time Attack, Split-Screen Two Player Vs, and multiple save points with a level select after you finish the game) are beyond welcome!

My final verdict: Thus far, Sonic Mania is the most positively received Sonic game in years, and it’s not hard to see why. It won’t convert those that already dislike the games, but it offers plenty of fun for seasoned players, new fans, and curious players alike. Sega took a risk giving this one to the fans to work on, and it payed off. 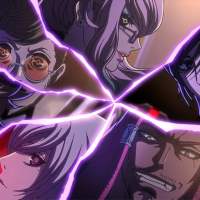 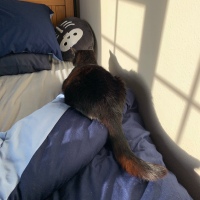 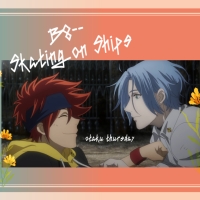 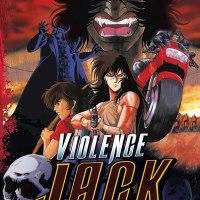 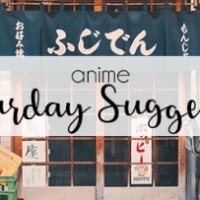