So, with Pride Month marching, I wanted to address something that can be a bit of a point of contention for people: LGBT representation in kids shows. As a note, this is going to apply to the LGB end of the acronym for the most part. I will broach the T too though. Anyway, this subject is met with a number of stock responses. Some of the regular ones that I’ve heard are:

Now, all four of these points no doubt seem perfectly reasonable to those that use them. In my opinion though, they’re wrong. The thing is, there are plenty of same-gender parents out there. As it is, it is entirely likely that a child will come across at least one other child in their school that is in that exact situation. In my experience, I have never seen it confuse a child. If anything, children are far more accepting in nature than adults, and are more likely to meet such a revelation in the same that they would if they found that a friend had a different toy to them. Meanwhile, the whole concept of it being inappropriate is just barmy. How would showing a same-gender couple be any more or less appropriate than showing an opposite-gender one? We no longer live an era where sexual orientations outside heterosexuality are something to hide. The vast majority know that love is love, and that’s a wonderful thing. And as for brainwashing … does that really need a response? Of course not, because it’s ridiculous.

If I’m being honest, I think that a lot of the negative responses come down parental insecurities though. They worry that, if their kids are exposed to something outside their own experiences, they won’t be able to satisfactorily answer their questions. This is a natural, not to mention reasonable, fear. As a parent myself, I get asked a lot of questions that I don’t know the answers to. Why? Because kids are curious, and I’m not omniscient. The thing is though, I don’t try to stop my kids experiencing things that I do not myself understand. They have every right to grow and learn, just the same as I did. On top of that, just because I don’t know the answer to something doesn’t mean that I can’t find out.

Yes, some people are simply bigoted, and are intent of ensuring that their own children don’t grow up to be any different to them. But, for those that are unsure how to answer questions, there are options. Don’t want to go searching the net? That’s fine. Pick up some of the awesome children’s books that are out there to explain such things. I personally recommend Tango Makes Three (the true story of a pair of gay penguins) and Josh And Jaz Have Three Moms (a story of adoption) to tackle this particular subject.

Putting aside the idea of answering the questions yourself though, here’s something to consider. How do children learn? No, that’s not a simple question to answer. The fact is, children learn in a variety of different ways, and part of that includes the entertainment media around them. Gaming helps teach decision making and hand-eye coordination for example. TV shows give templates for games and how to act. You don’t want to see LGBT representation in cartoons? Why ever not? A simple representation on screen that isn’t made into a big deal will teach children a valuable lesson and save the need for too many questions. Why? Because they’ll see that same-gender couples are normal. This is particularly important, not just for if they encounter a child with same-gender parents, but for if they ever start to questions themselves. These early lessons will be useful for a long, long time.

And that brings me to Nickelodeon, and one show in particular. No, I’m not talking about The Legend of Korra. I’ve beat that drum before, and Korra and Asami’s slow-build relationship remains one of my favourite TV representations of bisexuality, but I want to give credit to different show here: The Loud House.

If you’ve never seen it, The Loud House is a cartoon that follows Lincoln Loud, an 11-year-old boy who lives with his parents and his ten sisters. It’s actually a very popular show in my house. It’s colourful, simple fun with a likeable ensemble cast and a rocking soundtrack. The humour is great, the animation is fun, and the ten-minute run time for each episode ensures that the stories never wear thin. It’s also a very good show for LGBT representation. Let me explain.

First up, we have Lincoln’s best friend Clyde McBride. Awkward, nerdy, good-natured and highly supportive of his best friend, Clyde is a decent supporting cast member for any children’s show. What sets him apart is that he is the adopted son of Howard and Harold, an interracial gay couple. How was this shown? Without any fanfare. His parents just turned up in one episode and nobody made a big deal out of it. That was, in itself, a big thing for the show, and Nick received some well-deserved praise for the move. Then, more recently, something else happened.

During the episode ‘Study Muffin’, Lincoln’s new tutor, the very British Hugh, became the object of desire for Lincoln’s sisters, including 15-year-old rocker, Luna. That’s not a big deal, right? A bunch of girls from the USA all fall for the accented Brit. It’s a story that’s been done before. More recently, the episode ‘L is for Love’ aired. Herein, a letter from a secret admirer is received at the Loud residence. The problem? It’s addressed to L. Loud. Given that this could be any of the siblings, they set about trying to figure who it was for and who it was from. Eventually, they narrow it down to being for Luna. The thing is, Luna has a crush on a character called Sam, whom she thinks is out of her league. Anyway, we get some shenanigans and, in the end, Luna decides to be open about her feelings. So, she leaves a note for Sam and waits. A group of kids (that we’ve seen multiple times through the episode) walks past, and it turns out that Sam is the one girl in the group.

Again, nobody made a big deal out of it. Sam was happy to get the note, Luna was happy to give it to her, and that’s it. All of a sudden, Luna became the show’s first bisexual character. Once again, Nickelodeon deserve all the praise they get for their handling for this, because what they’ve essentially done is paint a picture of an accepting world where all relationships are equal. The funny thing is, I haven’t seen any children get confused by this. If anything, it’s just another character trait for a popular character.

So, if it wasn’t clear already, I’m all for representation in kids shows. These early experiences help children discover how to view the world, how to interact with others, and help give them something familiar to hang on to if they ever have to face issues themselves. Nickelodeon really seem to be leading the way with this, simply by not overdoing it, and that is wonderful!

I’d love to end the article there, leaving off on that positive note, but I can’t. I’m not going to talk about the complaints that companies receive when they show characters like this. We all know that adults complain about such things, and I’m certain that Nickelodeon will weather it just fine. What I want to go back to is the T part of the LGBT acronym. How many kids shows can you think of that show characters that fit under the Transgender umbrella? There are probably a few that have used crossdressing for ‘comedic’ value (and I use that term very loosely), but I certainly can’t think of any other types of representation. That sucks because, while I appreciate that it is a complicated issue, even one realistic T character in a children’s show would be wonderful to see. There are plenty of children who suffer with gender dysphoria at a young age and having a familiar character on screen would not only help them in terms of having a character to see themselves in, but also to show their peers that they’re perfectly normal.

My guess is that this disparity has happened because of it being a complicated issue. Over the years, people have come to understand the LG part of the acronym better. In recent years, understanding for those of us covered by the B has also been on the rise. The Transgender umbrella is still a mystery to many though. Over time, that will change, and hopefully sooner rather than later. When we get a good T character in a children’s show though, that’s when we can say, “People are starting to get it.”

So, that’s my rant. What about you? How do you feel about LGBT representation in children’s shows? Any favourite examples? 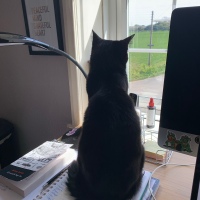