Hello, one and all, and welcome to another Top 5 list. Thus far, we’ve ventured into the world of retro games that would benefit from a HD remaster, and we’ve touched on some of the stranger things to come out of the weird and wonderful world of wrestling. I want to keep this particular feature as one that features a wide variety of subjects, so with that in mind, I have another little oddity set up for your viewing pleasure.
This time around, we’ll be looking at the Top 5 times that a song outshone the show or film that it appeared in. Now, I should probably point out that this does not mean that everything on the list is bad. OK, so some of the items are far from critically acclaimed, but there isn’t anything here that I don’t enjoy in one way or another. With that said, let’s get to the list.

Winner Takes It All from Over The Top
Back in the 80’s, Sylvester Stallone was riding the success of his well-known roles as Rambo and Rocky. He wasn’t exactly making many films each year, but you can bet that he was living comfortably. So, in 1987, his latest feature, Over The Top, was released. The film has a little bit of everything that you’d expect: the relationship of an estranged father and son, a designed-to-be-heart-breaking death scene, a big truck, and an underlying underdog story wrapped up in the dramatic world of arm wrestling. Yup, this one was clearly going to be a hit, right? So, the film is OK in its own way, and succeeds in being fairly ordinary from start to finish but not devoid of entertainment. Then came Sammy Hagar. The Red Rocker, then the vocalists for Van Halen, stepped up and delivered a masterclass in cheesy 80’s rock that is far better remembered than anything else in the film, other than maybe Stallone’s baseball cap and hand grip. And here it is in all its glory, the Winner Takes It All music video, that may show more of Mr Hagar’s hair than it does of the film.

The Captain Bucky O’Hare And The Toad Wars Theme Song
Bucky O’Hare began life as a comic book in the 1980’s. Said book eventually span off into an animated series in the early 90’s, with some minor changes coming into play to make it suitable for children (we couldn’t be having death in kid’s show back then). I always enjoyed the series but, looking back on it, it hasn’t really aged all that well. Yet, somehow, a lot of people still remember the theme song. No matter whether you enjoyed the actual show or not, that thing gets stuck in your head. Is it better than the show it was attached to? In essence, not really, but it somehow endears itself anyway.

It’s A Good Day To Die from Starship Troopers 3
The original Starship Troopers is, in my eyes at least a science fiction classic. The two live action films that followed? Not so much. Can I watch them? Yes, but they don’t have near the same charm. Except, of course, for one thing: the silly recruitment song that appears on a TV screen in the film. It’s daft, it’s naff, and it is far more entertaining than it has any right to be. It almost makes me sad that they didn’t try to camp the later films up a bit more rather than just fill them up with whatever it was that they were going for.

Heart Of Madness from Fist of the North Star
Back in 1986, Toei Animation were tasked with making an OAV of Fist of the North Star. The same cast and crew that worked on the 1984 TV series were brought in of course, and having less time to tell the story, they took liberties with the running order of events. But that’s fine. This was one of the first anime I ever saw, and it still holds a special place in my heart for that. No matter how much nostalgic joy I get form it though, only a few things stay firm in my memory. First is the much quoted, “You’re already dead, you just don’t know it yet,” line. Then there’s Rei disguising himself as a woman and using his finger nails to cut someone’s arms off. And finally, there’s the song, Heart of Madness by Kodomo Band. This should seem out of place with the scenes that it plays over, but somehow, it works. The pounding synth as Ken walks towards battle, the epic chorus as Rei and Raoh tear into each other … it all just clicks in a way that shouldn’t be possible. And the result? That piece of music overrides almost every other memory I have the film.

You’re The Best from Karate Kid
Karate Kid is a classic. If I’m being honest, I liked the second and third entries into the series too, but the original is by far the best. Having re-watched it recently, it holds up well too, which is wonderful to see. But … even after all these years, Joe Esposito’s anthemic track still stands out as much as the infamous Crane Kick. I mean, come on. Who hasn’t watched this and found themselves singing along with the well-known and much loved slab of catchiness? Heck, not only has the song gone on to appear in many other shows and films, it actually has its own Wikipedia page! Random fact though, it wasn’t actually written for Karate Kid, but for Rocky II, only to find itself pushed out in favour of the equally iconic Eye of the Tiger.

And so, here ends another list. How about you? Do you have any songs that stood out above the show or film that they appeared in?
Thanks for reading everybody, I’ll catch ya later! 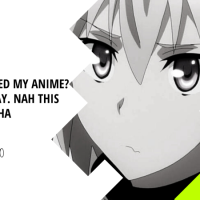 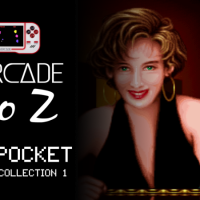 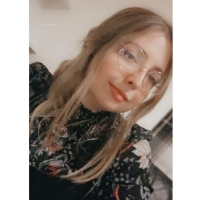