Having found some older shots lurking around on my laptop, I thought that now would be a good time to show some shots of my earlier cosplay attempts. They are … a mixed bag. So, let’s begin. 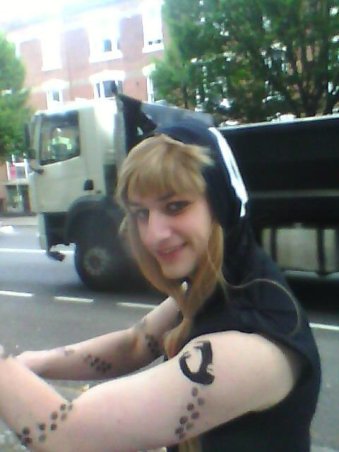 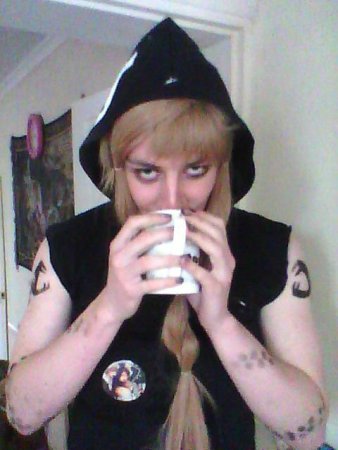 No ‘making of’ photos, and I think these are the only two shots I have otherwise. I chose this character for two reasons: 1) I thought she was a cool villain, and 2) the costume was easy to make by modifying already owned clothing. Apart from the wig. I had to buy that. As a side note, I am sometimes mistaken for my sister in the shot with the cup of tea. 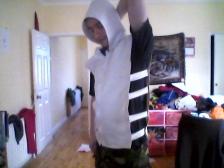 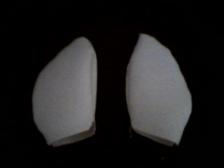 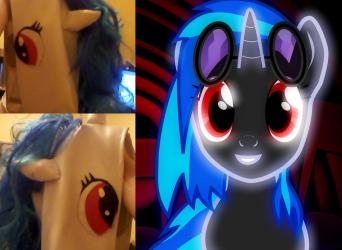 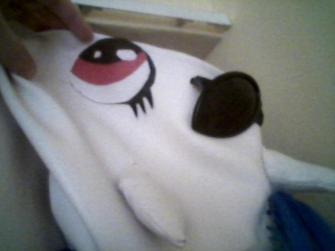 Lots of production shots there. This was the first cosplay that I ever made from (Vinyl) Scratch. Yes, that includes the trousers, I did indeed make those. Other than the obvious bits, the whole thing is leatherette. The hair came from a couple of cheap wigs, and I had to individually thread every single layer. That’s 99 layers of hair. It took ages. But how did it turn out?

For a first crack, that’s pretty good as far as i’m concerned. There was an awkward moment when I sat down on the train and realised that I’d made the crotch on the trousers too tight though. They ripped. So I had to spend the train journey trying to restitch them. D’oh! Still, I did get to attend a cool Brony meet:

Unfortunately, I have no photos of this one. It wasn’t a terrific costume though, so that’s no bad thing. Moving on …

Huzzah! Some more shots of the work in progress! Yes, I know that that’s Leona and not Al in the middle shot. Here’s how it turned out:

This marked two firsts for me. 1) It was my first (and only) male cosplay, and 2) it was the first (and only) time that I’ve received abuse for my cosplay. That’s right, I go en femme (or en fur) and get nowt but photo requests. I go as a male and ended up with a few people shouting abuse. What can you do?

Anyway, that about does it for the nostalgia trip. I hope you all enjoyed this merry jaunt through my early attempts and cosplay. I like to think that I’ve improved since then 🙂