Welcome, one and all, to another random blog entry. So, in keeping with my bizarrely active posting schedule this month (don’t worry, it’ll cool off slightly in March), it’s time for one of those rambling preambles followed by a totally obvious reveal at the end.

Long before I started writing (let alone publishing) my current novels, I used to write a lot of short stories. My aim with them was always the same: pitch them to various anthologies, websites, magazines and so on until one was published. As it happened, the majority of these stories were OK-to-middling quality Lovecraft pastiches. I did get some mild luck with one, which saw the website that had reviewed it turn it down but offer a lot of praise. The problem with said story was that one particular traumatic event occurred that they simply could not touch. They did say that they would ordinarily just ask for that scene to be changed, but in this case, they could see how important it was to the story, so changing it would really just interrupt the flow. So, yay praise, boo failure.

Anyway, after a while, I stopped writing shorts and started planning the first book of The Spark Form Chronicles, WICK. Now, my books have been well received thus far, and I am so proud of that … BUT, I did still feel like I’d left some unfinished business with the short stories. I mean, if I can sell books to publishing houses, I should be able to sell short stories, right? My work has improved a lot since those days of mimicking HPL, after all. So, I set myself a goal. In 2017, I would get paid for at least one short story, whether it be for an anthology, podcast, magazine, website or whatever.

Back in January, I noticed that a submission call had been put out for the eighth volume of Bad Dog Books’ ROAR anthology. The rules for submission were simple enough: stories had to be suitable for a general audience, the story had to fit in with the theme of the anthology (which in this case was ‘Paradise’), and the story had to be predominantly furry.

Now, you may not have noticed, but there’s a fair bit of fur in my books. Carnival in The Spark Form Chronicles is an anthropomorphic wolf/rabbit hybrid. Xera and her people in the Teller Tales series are anthros. Heck, the furry fandom itself gets a slight nod in my upcoming cyberpunk novel, Addict.

So yeah, writing furry is fine. And as far as the theme goes, that was actually pretty inspiring. I had a feeling that most people would interpret ‘paradise’ as a utopian setting or a romantic entanglement. Now, I have no idea if that’s how it all panned out, but my strange little mind basically said “Let’s not do that, let’s do something different.”

The result of that was a dark little science fiction piece titled Nor’Killik. The story is set in the far future and stars an anthropomorphic serpent called Corvin. It runs to about 5,300 words, and we get to cover a lot of ground in that, including: Corvin’s physiology, the reason that anthros exist in that world, the backstory of an alien race, and of course, how paradise fits into it all.

So, I submitted it. And I waited. And then it happened. The editor, Mary E. Lowd, e-mailed me and confirmed that the story had been accepted! In all honesty, I am so happy about this. This is another little piece of my dream with a tick in the achieved column, and I’m hoping that there are a bunch more ticks to come this year.

Anyway, I’ll do another post with details of how to order the book when it’s available. Until then, thanks for reading, and thank you all for the continued support, it really is apprecaited. I’ll catch ya later! 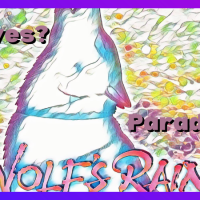 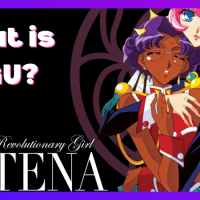