Hey, hey, hey! I got me another award! That’s right, this time, the wonderful D Talks Anime nominated me for the Blogger Recognition Award! So, here’s a big thank you to you!

That was a lot more exclamation points than I usually use. Ah well. Let’s see how this one works then.

That’s simple enough. So, how did this particular blog begin? Well, basically … I wrote a book. The novel is called WICK and forms the first half of a two part story in The Spark Form Chronicles, a science fiction series based around a card game. I knew that I’d be promoting the thing on Twitter, and I really wanted to have a central home to post about the book and any other projects that I started on. You see, I’m a bit of workaholic, and I tend to throw myself at multiple things at once. As a result, this site was born.

Now, I knew that simply writing about my main projects was going to result in a fairly infrequent schedule of posts. That seemed like a waste to me, so I decided to just post about whatever I fancied as and when I fancied it. This has led to the site growing to include a ton of reviews and a bunch of random articles to pad out the time between project updates. Yes, yes, that’s a short and rather mundane story, but it is what it is.

In terms of advice I’d give to others, I’d say this: First of all, don’t think you know everything. I’ve given this piece of advice in everything that I’ve ever given advice in (which, amongst others, includes both writing and wrestling), and it really does hold true. You can be really, really great, but there will always be someone who know something that you don’t. Be prepared to learn from others, both more and less experienced than yourself, and be willing to accept that you can always learn more.

OK, so let’s see who I can nominate …

So, there you have it! Thanks again D, and thank you all for reading. 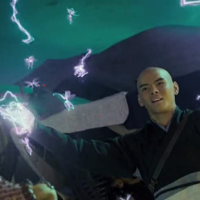