I apologise if this ends up a little bit rambling, but I really wanted to get something down quickly on this.

So today I watched all four episodes of Digimon Tri – Saikai / Reunion. Now, I’ve been looking forward to this for some time. You see, I’ve been a big Digimon fan from way back when the Virtual Pets were released in my local toy shop. When the anime came about on UK TV, I dove straight in. So let’s take a quick detour into my Digi-Past:

Digimon Adventure was a mixed bag for me. Initially, I wasn’t sure how much I was likely to enjoy it and to be honest, I thought that it wasn’t terrifically executed. I stuck with it though and found that it got better and better as it went along. Sure, it took a while to find its feet for me, but it still got there! Then Digimon Adventure Zero Two came out and I realised that it was in many ways the same series all over again. That wasn’t a bad thing though as I personally thought that it dealt with a few of the pacing issues I had with the first season. Then came Tamers.

Tamers is one of my favourite anime series of all time. Everything about it was just spot on for me. The story, the characters, everything about it clicked. The problem with that was that it left a massive mountain for the next few series to climb. Due to a lack of Sky TV in my youth, I didn’t manage to catch the later seasons until a few years ago when we went on Digimon binge with our kids. Season 1 was enjoyed, Season 2 they found a bit more mixed, and Tamers was loved by everyone. Frontier … objectively speaking, it’s not a bad series, it just couldn’t compare with Tamers for us. Data Squad even less so. Fusion? We still haven’t finished Season 2.

So what about the films? Well … I love them. Those based on the first two seasons are by and far the best, with the two Tamers films coming in close behind them. X Evolution was great fun, and the others were decent enough ways to spend an evening. That’s about as far as I’m going into them right now because I want to get onto the point at hand: How was Tri?

These four episodes comprise the first of the new Digimon movies. Set three years after Zero Two, we catch up the original Digi-Destined as they work their way through high school. Given that the two Adventure series produce both my second favourite era of Digimon and my favourite Digimon movies, these had a lot to live up to. Not only that, but the ever present shadow of Tamers hangs firmly in place. With all that baggage, it would be really easy for Digimon Tri to fall flat.

If we’re speaking comparatively, Tri is better than the original two series. Is it better than Tamers? In my opinion, not yet. Could it grow to be? Perhaps. The key elements are there: the characters have developed and continue to do so over the four episodes, especially Taichi. The animation quality is superb. The story even continues to age old Digimon tradition of dealing with some dark themes, in this case Taichi’s concerns that battling the Digimon in the real world could result in humans being killed. Unlike in previous runs of Adventure, the main cast are supported by some adult side characters (who, for Tamers fans, seem to work for an organisation that has an air of Hypnos to them). Why is that important? Because I found that the lack of major adult character in other series to give a sense of detachment. Having the older characters there to play off gives an air of realism for me and shows how the characters now stand mere steps away from being adults themselves.

So what keeps it from surpassing Tamer at the moment? Well, it’s only just begun. Until I’ve seen the whole thing, I won’t know if the quality can continue to grow take things beyond what Tamers achieved. I also won’t know how twisty and complex they’ve made the plot. Leaving that aside, the Digi-Destined’s relationship with their Digimon hasn’t yet been explored in any great detail. While this has allowed time to show the relationship between the human characters in more detail, one of the things I loved with Tamers was the different way that the leads interacted with their Digimon partners. That is something that I look forward to seeing in Tri. Oh, and as a minor gripe, the evolution scenes look nice but are nowhere near as impressive as the quite frankly painful evolutions in Tamers.

OK, so in summary … Tri is awesome. If you’re already a fan of the franchise, it’s far more than a trip into nostalgia, it’s a genuinely great return to form. If you’re not already a Digimon fan, it should still be enjoyable. Why? Because it’s more mature than any of the last few seasons but still suitable for kids. Do I believe it will surpass Tamers for me? As it is I can see it coming a close second. I’m happy to give it a chance to prove me wrong though. 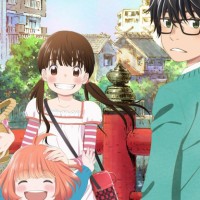 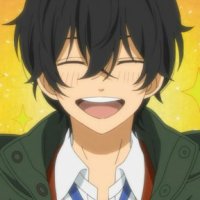 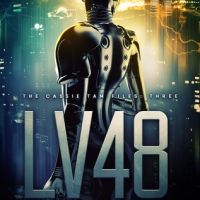 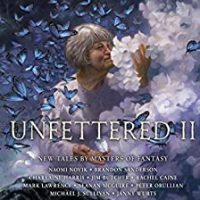